The Department of Sustainability and Environment (Vision for Werribee Plains) (DSE V4WP) has awarded a grant to Pinkerton Landcare and Environment Group (PLEG) toward the ecological restoration of the Werribee River Volcanic Gorge. 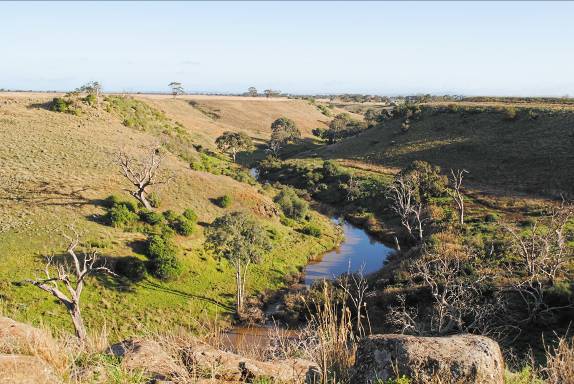 This project is the latest stage of a continued strategic ecological management plan applied to the Werribee River Volcanic Gorge downstream from Exford on land owned by Western Water with which PLEG has had a partnership for many years. The project commenced in September 2004, when 130 Red Gums propagated by Irene Cook, a member of PLEG, were planted beside the river.

This will be one of the longest stretches of river, over 3 km including Wallaby Gully (~300m), restored in the region involving a community group in partnership with government agencies.

The Werribee River Volcanic Gorge, west of Melbourne, lies within the Victorian Volcanic Plain Bioregion, it forms the main wildlife corridor linking Toolern Creek and Long Forest north of Exford, to the critically endangered Grey Box Grassy Exford- Strathtulloh Woodlands and the Grey Box Grassy Pinkerton - Mulla Mulla - Eynesbury Woodlands in the south. The latter habitat linkage is particularly relevant to this project, for example koalas are known to travel from the river to Pinkerton Forest and Mulla Mulla Grey Box Grassy Woodlands.

The current project (Stage 5) will continue restoration works on the downstream section of Blue Box Flat. The focus will be on a spectacular volcanic rock escarpment located at the southern end of Blue Box Flat.

The native vegetation overall ranges from poor to high quality, and has the potential to increase in quality when the weeds are removed, as evidenced from the previous works upstream of this site. It consists of the Ecological Vegetation Classes (EVC’s) of Plains Grassland (Endangered), Escarpment Shrubland, Flood Plain and Riparian Woodland and Stream Bank Shrubland.

The project will remove noxious weeds from approximately 1 kilometre of the eastern bank of the Werribee River. It will include monitoring of progress of restoration works by members of Pinkerton Landcare and Environment Group and the resultant identification and increase in number and diversity of native flora and fauna by record keeping, photographs and GPS. Mapping of rare native species will also be undertaken.

Pest control will involve rabbit control by baiting, shooting and destruction of habitat, repair of a 1km rabbit proof fence prior to regeneration and revegetation of the area, as well as a rabbit proof fence 600m down the escarpment and along the base of the escarpment to the waters edge. This will be followed by ongoing maintenance of the site (the last activity beyond the term of this project).

The noxious weeds to be treated strategically (dependent on the effect on wildlife habitat) include boxthorn, agave, Chilean needle grass, gorse, sand rocket and serrated tussock. Removal of phalaris and pepper trees is also required, along with strategic removal of the spreading regional weed galenia.

The removal of the weeds, along with rabbit control, will enable regeneration of native species from existing seed in the ground to replace the weeds. This will be complemented by some revegetation work. PLEG will continue with seed collection, cuttings, propagation, planting and distribution of harvested native grass seed.

Other objectives of the project will be the protection and expansion of the numbers of Blue Box trees (an endemic sub species found only on the Werribee River) and the restoration of the endangered Plains Grassland Ecological Vegetation Class located at the top of the escarpment. The rabbit proof fence will protect this area.

Issues to be addressed

The group expects a net increase in its membership as a result of the project. The Group will be actively seeking involvement from new networks in the community – as the site of the project is at the limit of the range for the landcare group’s normal activities.

Importance of the Werribee River as a wildlife corridor

The Werribee River forms the main wildlife corridor through this region. It is the major link in a network of fragile biocorridors.

The Werribee River is regarded as a natural bird migration corridor from the Great Dividing Range through the Werribee Plains area, to the coast at Port Philip Bay.

Corridors such as this are crucial in assisting wildlife in coping with climate change.

“Climate change is likely to threaten animal species with limited ranges and those restricted to fragmented landscapes where the ability to disperse is limited. Similarly, climate change is also likely to affect a range of plant species, such as those that tolerate only narrow ranges of temperature and rainfall.”
As per:
Victorian State of the Environment report Part 4 Land and Biodiversity P248

Our native landscape has been greatly cleared since European settlement. Biolinks are being established to restore damaged landscapes and ecosystems.

“Biolinks are areas connecting existing native vegetation where natural regeneration potential is maximised, major ecosystem functions can be accommodated and movement of species is possible.”

“Biolinks are not corridors in the traditional sense but rather landscapes across which there is increased tree and other native vegetation cover. Corridors would form local scale contributions to the broader biolink landscape, as would discontinuous stepping stones.”

“Biolink zones should allow for and maximise the evolutionary potential for organisms to adapt to changing climates. It is not asserted that biolinks will be available or used by all species, rather that they provide a landscape skeletal framework for adaptation.”

“Biolinks are large (tens of kilometres in length) and thus have human and economic activities embedded within them.” 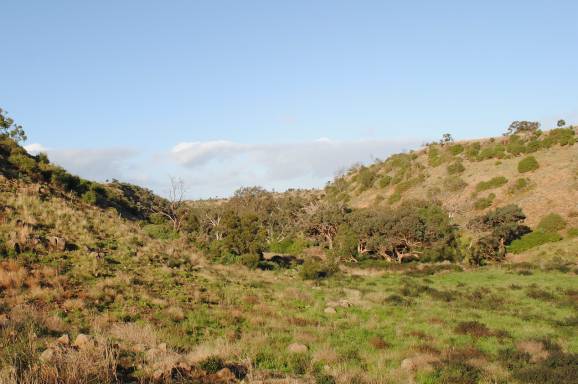 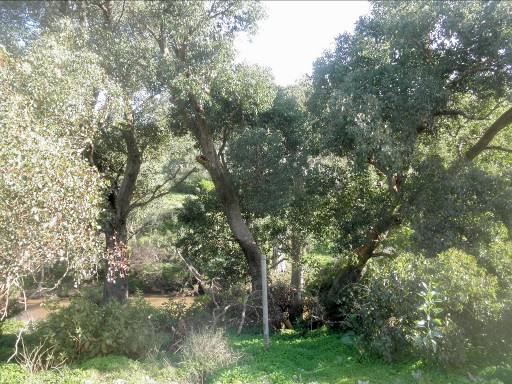