On Thursday 9th May Irene, Rosemary, Joan, Sue, Karen, Michael, Simon, Daryl of PLEG and Andrew of VNPA returned to Pink Link to water the Grey Box seedlings planted by Melton Secondary College students in 2018. The summer has been hot with little rainfall, 58mm so far this year and 4mm in April! Despite the hot dry summer and autumn most of the trees are surviving, probably due to having been watered over the last summer and autumn. The day was bitterly cold with a dry, cold north-westerly blowing. However there was some moisture in the soil from recent rain so we may hopefully not need to water these again. Rain had been predicted later that day but it was decided not to gamble on this.

Unfortunately the water tank was unavailable so we instead used our four 20 litre jerricans to ferry water from the Green Shed tap in Pinkerton Forest to Pink Link. There was also some water in the livestock water trough so water was bucketed out of here also. The water in the trough was of the consistency of green pea soup but the trees should appreciate the nutrients. The task of watering was thus achieved successfully, with a little lateral thinking! 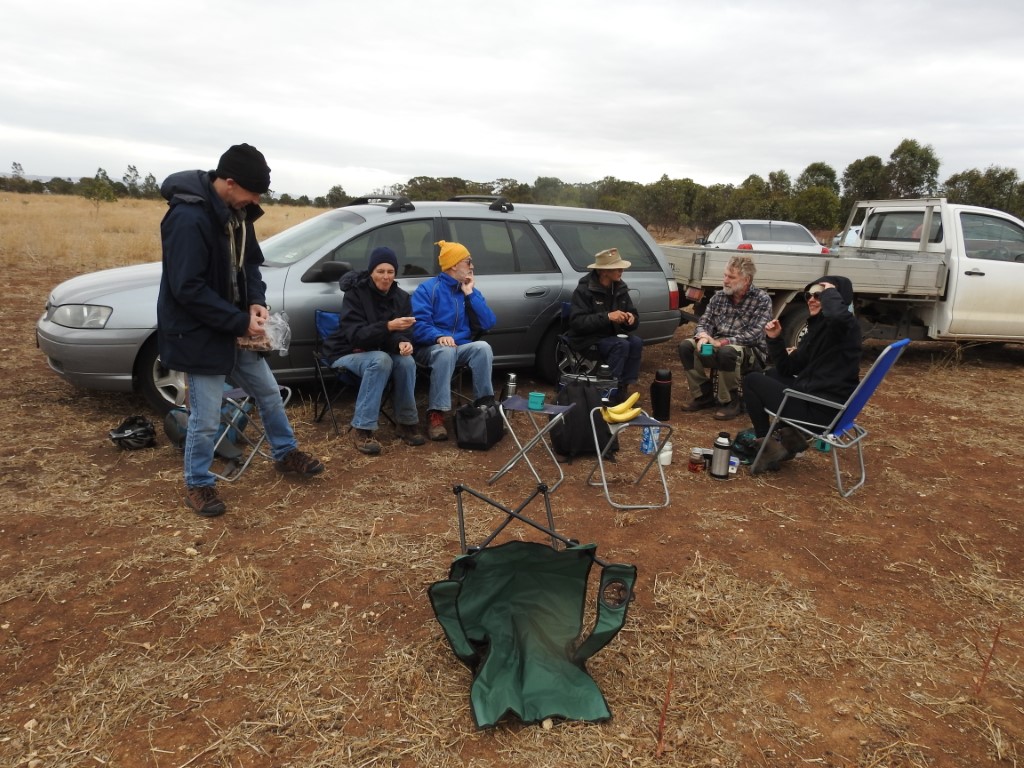 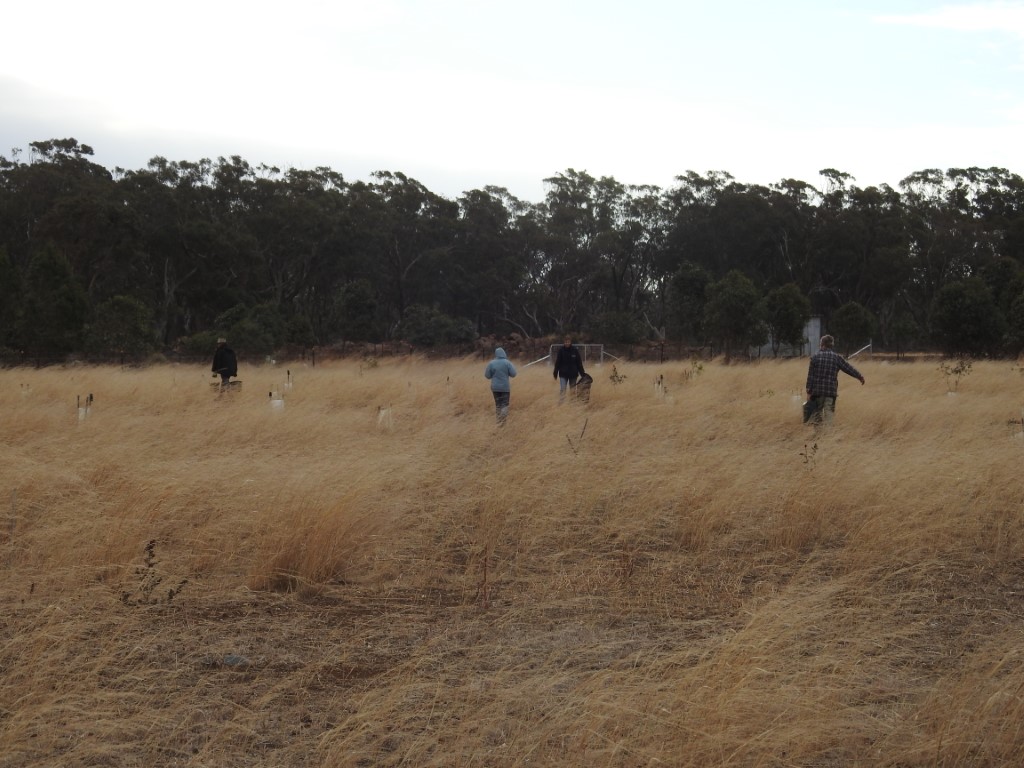 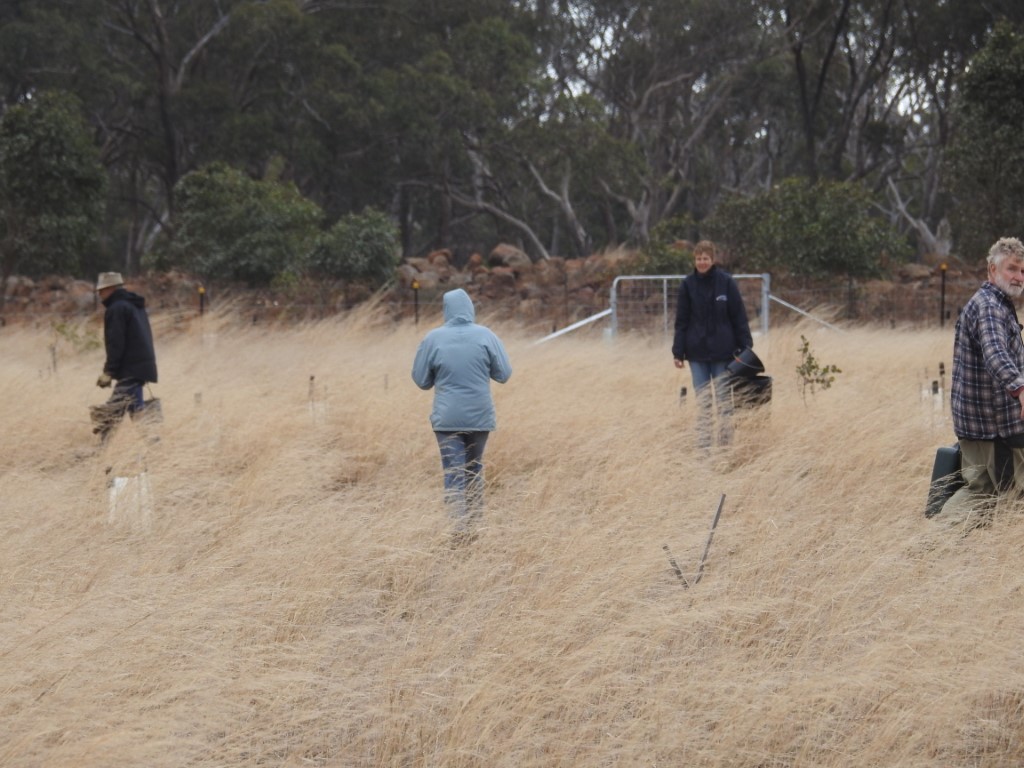 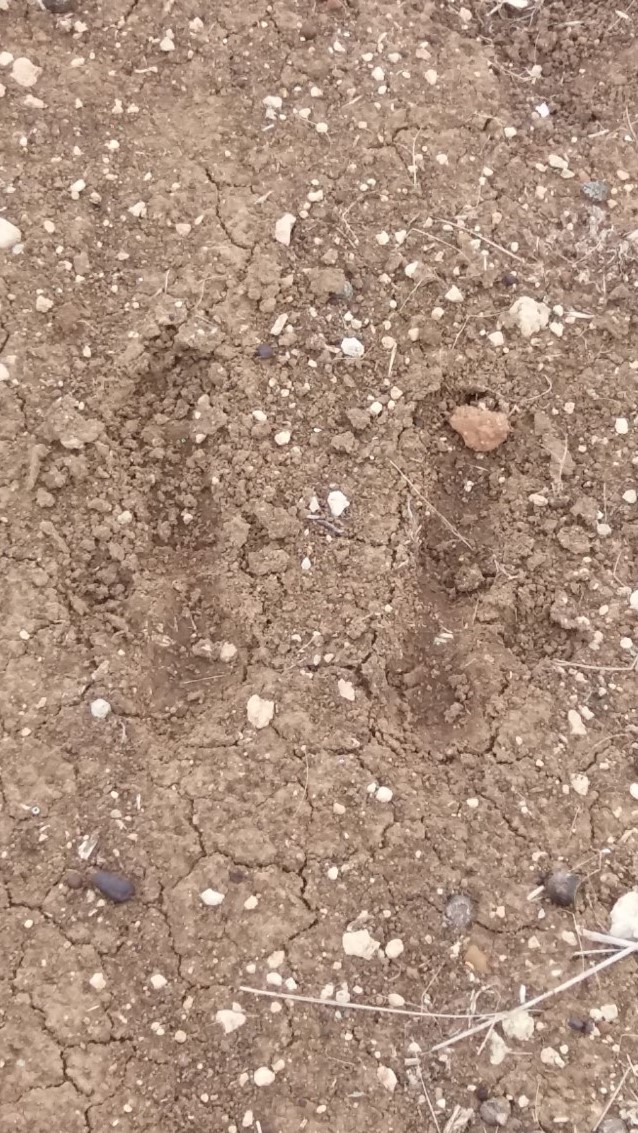 Little birdlife was seen due to the very cold windy weather conditions. However several fresh Kangaroo tracks provided evidence that the Kangaroos resident in the adjacent Mulla Mulla Grassland (aka Bush’s Paddock) has visited Pink Link since the last rainfall.

In the two days following Pink Link received 33 mm of rain, making our watering somewhat redundant. All water was however welcome both via bucket and sky!