View photos of the day

On Thursday 28th March thirty people from the environmental community bid farewell to local environmental champion Frances Overmars, who is leaving the district for Anglesea. 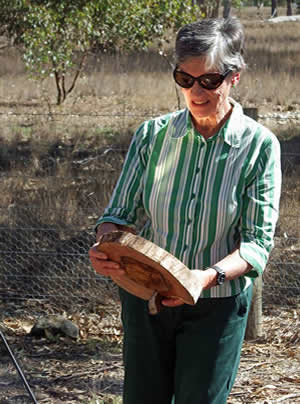 Frances has been a leading force in defending our local natural environment over many years. She has been the Environmental Co-ordinator for Pinkerton Landcare and Environment Group, leading the restoration of local remnant woodland Pinkerton Forest. Frances has also been instrumental in work to restore other local areas of natural vegetation including Mulla Mulla Grassland (Bush’s Paddock), Mt Cottrell, the Werribee River Volcanic Gorge and Cobbledicks Ford.

Frances has long been a vocal champion of local native grasslands, in a climate where such views have been opposed and where these native grassland remnants have been either not appreciated or even denigrated as ‘brown wedges’. In spite of trenchant opposition Frances has always expounded her views that such grasslands should be protected.

“Frances Overmars started the Pinkerton Landcare and Environment Group in the 1990’s with the simple, clear vision to protect Pinkerton Forest, forever. The group restores Grey Box and Grassland habitat, works along the magnificent Werribee River, at Mt Cottrell and Bush’s Paddock and is involved in innovative environmental works, freely shares their knowledge and have a major positive impact on our local environment. Universities, City of Melton, Birds Australia, schools and the local community have been drawn into her wonderful, inclusive vision. Frances' environmental advocacy is second to none. Generous, knowledgeable, enthusiastic and fiercely committed to doing what's right by the natural world, she has built an enduring environmental legacy that we are all proud to be a part of. Western Water have always supported Frances and the group, thanks to William, Tim and Rod and the men at Surbiton Park and thanks to Tony and Linda from City of Melton. Frances is always cheerful, willing to give things a go and looking for the next big challenge.”

The send-off gathering enjoyed a beautiful autumnal day in the magnificent natural surroundings of Pinkerton Forest. The gathering toasted Frances’ long involvement on behalf of the local natural environment, and with the restoration on Pinkerton Forest in particular, with champagne. Catering was funded by Western Water. William Rajendram and Rod Curtis (Western Water) and Tony Herwerth (City of Melton) spoke of their long involvement with Frances over the years, concerning her role in environmental protection.

‘Western Water acknowledges the tireless service of Frances Overmars in the restoration of Pinkerton Forest and for protecting its heritage and natural features for posterity.’

A copy of this plaque will be placed at the entrance of Pinkerton Forest.

Throughout the event we had an audience of a flock of Black Kites, circling above and perching ominously in surrounding trees, watching proceedings, adding a sombre note to the occasion. At one point as we were setting up there appeared to be about thirty kites circling above!

During Frances’ farewell speech we saw a brief visit by a Kookaburra, loudly laughing its appreciation. Frogs in the nearby irrigation channel were calling loudly, hopefully heralding rain in the next day or so while masses of bees were loudly pollinating the flowering Grey Box trees, as well as investigating the food catered for the event!

After we had packed up the small birds began to return to the water trough a few metres away to drink as the day warmed up.

Many thanks to Bill Strong for the photos.

‘It is people who make the difference, joining together with a common purpose, taking a broad view across all land tenures, especially public land, where Landcare restoration work is more likely to have a permanent effect.

When Truganina Landcare Group formed in 1990 we had a vision of linking the koalas in the Brisbane Ranges via Balliang East to the Werribee River, and from there further east throughout Truganina either side of Boundary Road, to the Angliss Grasslands at Laverton North. This was to be undertaken by planting tree corridors by the local landholders. Grey Box seeds came from Surbiton Park and Sheoke seeds from the Ferris Road railway corridor. We did manage to plant as far east as Woods Road, Truganina.

However, the koalas as far as I know haven’t travelled further east of the river than Pinkerton Forest, even though these trees planted in the 1990’s are now quite tall. Hopefully Western Water will continue to maintain the wildlife corridors on their land, taking into account the koala’s route from the river when planning for new infrastructure.

There are also beneficial outcomes for the natural environment on public land when the community works with organisations such as Western Water and with local government.

The City of Melton, who helped to facilitate the grants with PLEG for the then informally named Bushs Paddock, (now Mulla Mulla Grasslands 45ha ) and for Mt. Cotterell 48ha, which started the ongoing connection to these sites for PLEG. The City of Melton’s Environment Officers, Jackie Macleod, Alan Brennan, Rodney Thomas and more recently Lawrie Conole have been very supportive. Linda Bradburn, Education Officer, facilitated small grants for environment needs, such as equipment (the GPS and the motion-sensitive camera), and the production of educational leaflets for Mulla Mulla Grassland (still to be finished, sorry Melton!) and for the Werribee River, these were launched last year. Tony Herwerth, Snr. Land Management Officer has provided innovative advice and has been very supportive for many years, especially with the ongoing management of these two sites. Thanks Tony.

The group has had links with a range of organisations who helped with conservation in this region, Greening Australia (Green Task Force) at Cobbledicks Reserve and for works on private property, and Rod White, also from Greening Australia assisted with direct seeding of native grasses at Pinkerton Link. Conservation Volunteers Australia (CVA ) teams worked at Pinkerton Forest and P. Link and on private land, Mt. Cottrell and MMG, and many thanks to the Port Phillip & Westernport Catchment Management Authority for a series of grants for restoring the Werribee River volcanic gorge at Surbiton Park from 2005 onwards, and for the Landcare coordinators, who have been very supportive, in particular Susie Inglis and David Tsardakis. Melbourne Water has assisted on the river, from the early 2000‘s with a Capital Works weed control program and again last year with a boxthorn and rabbit’ 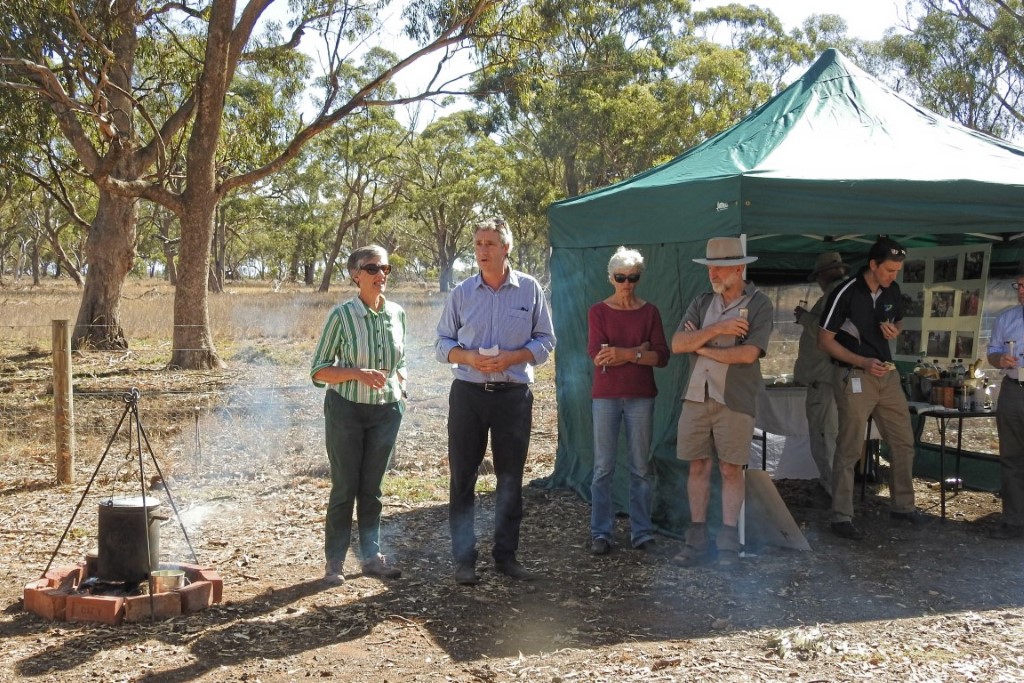 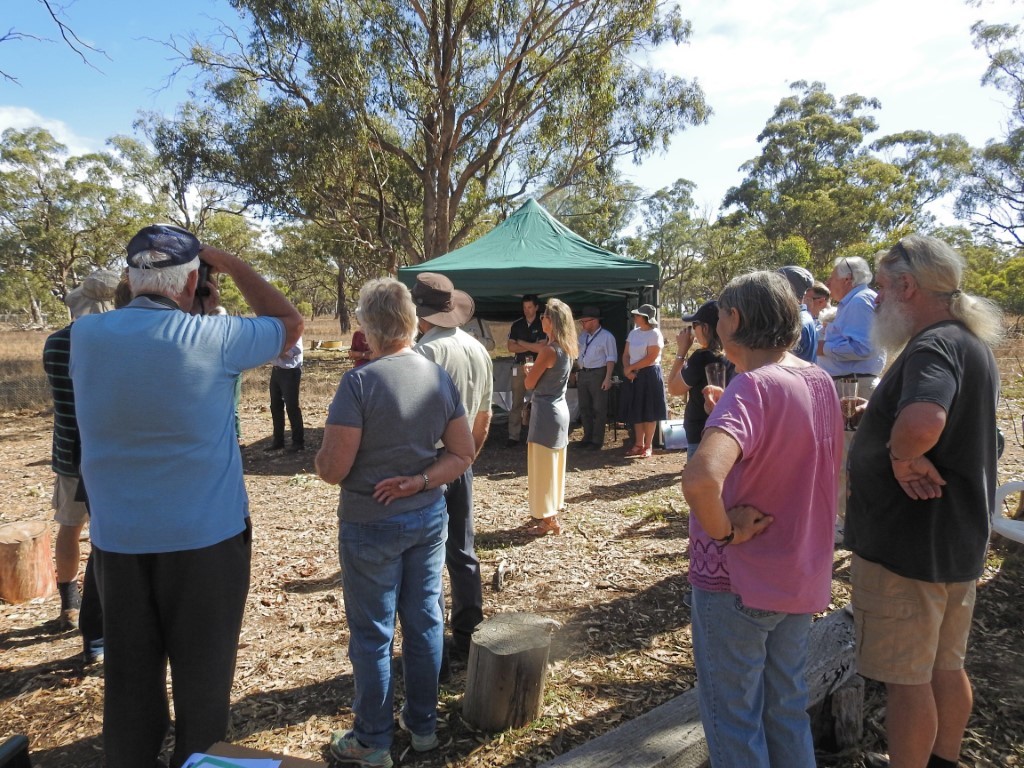 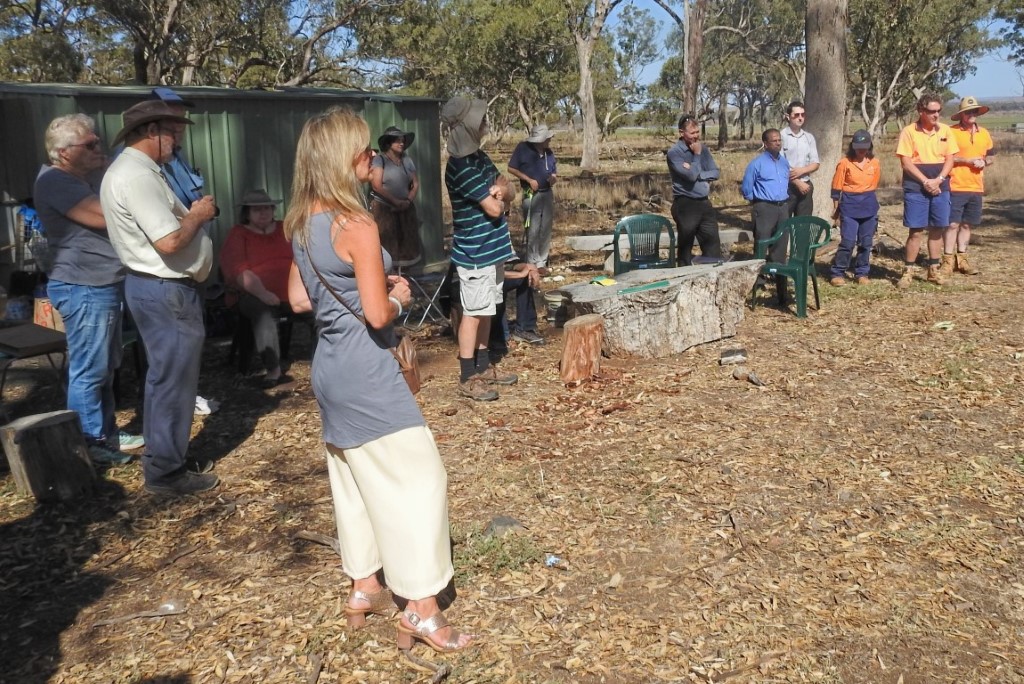 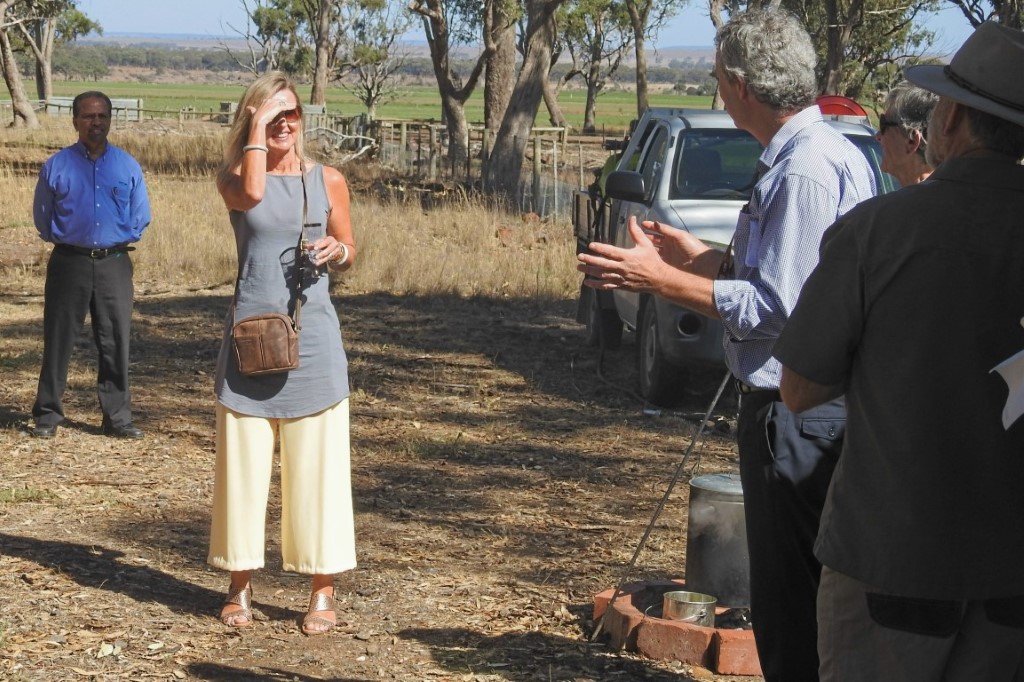 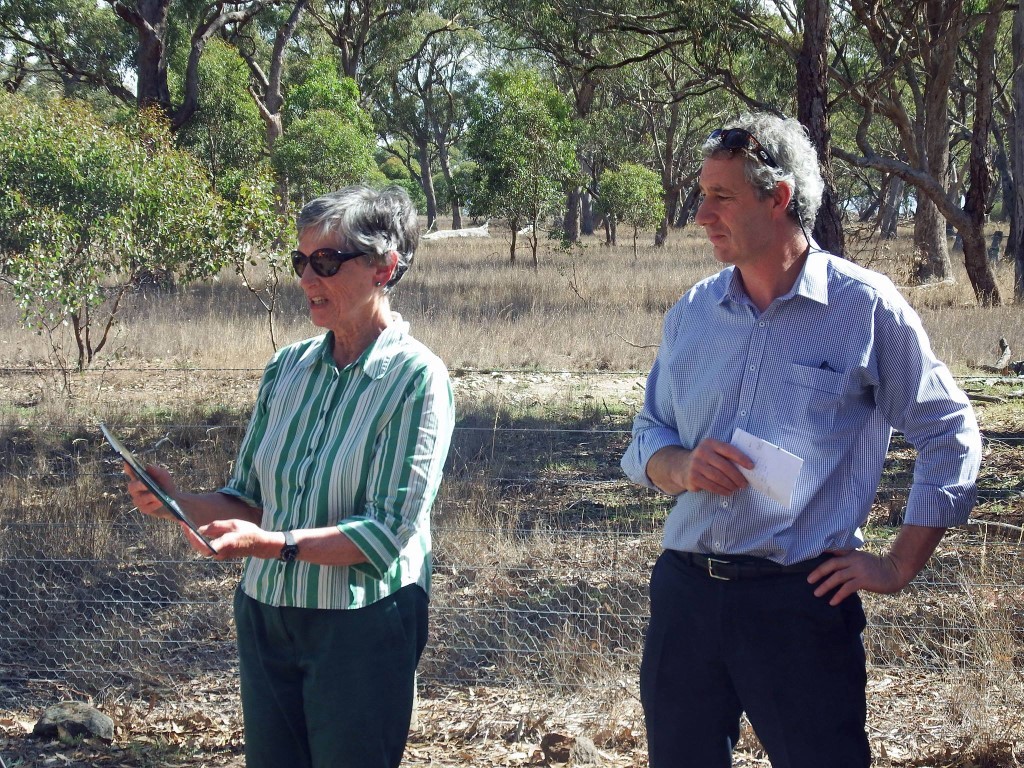 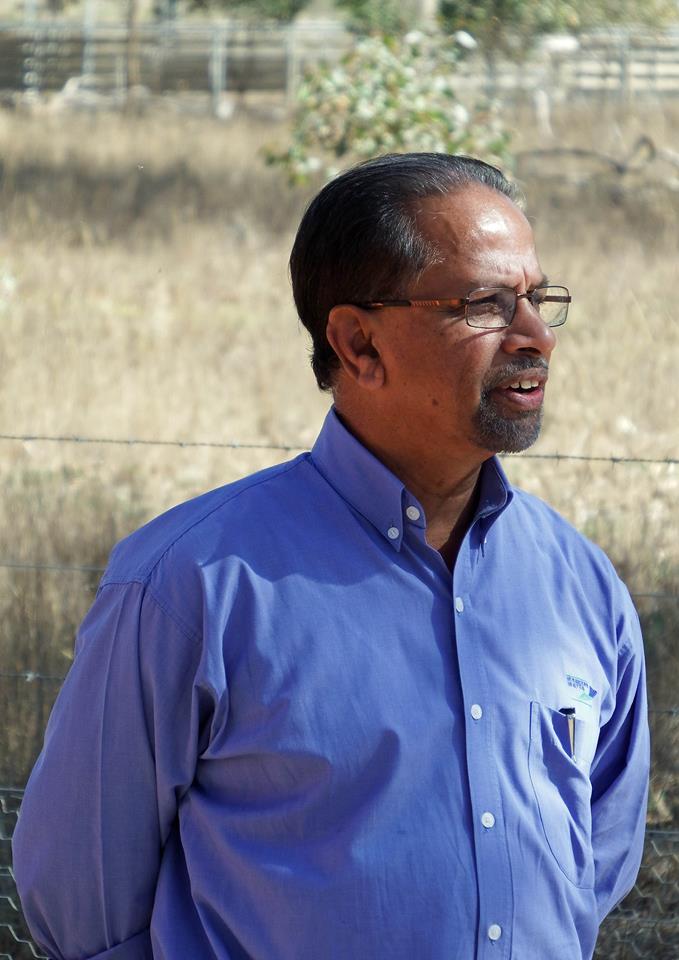 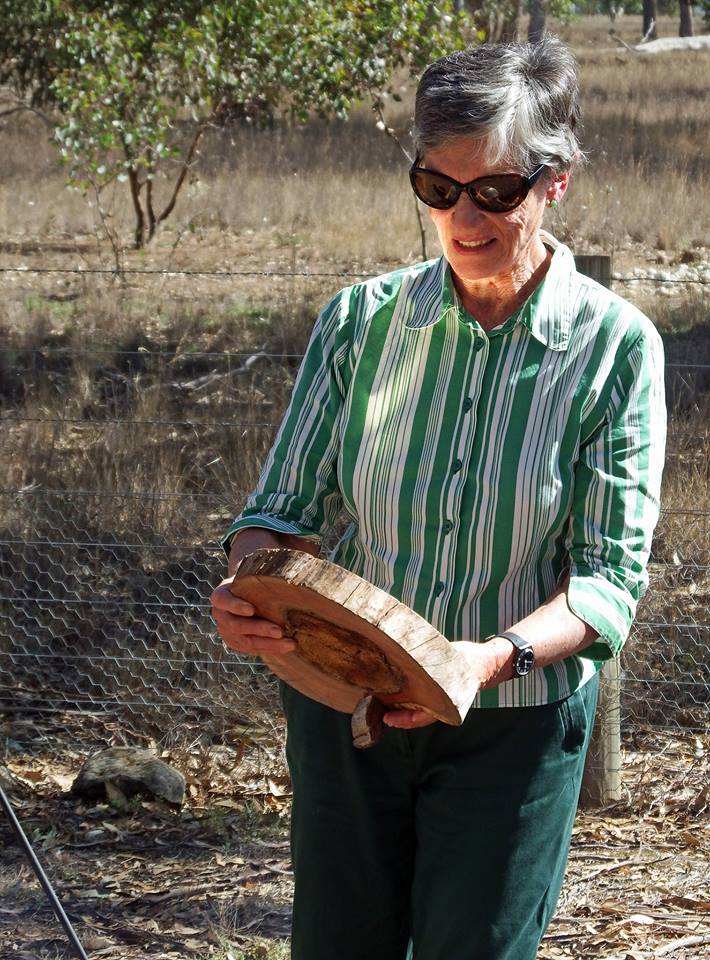 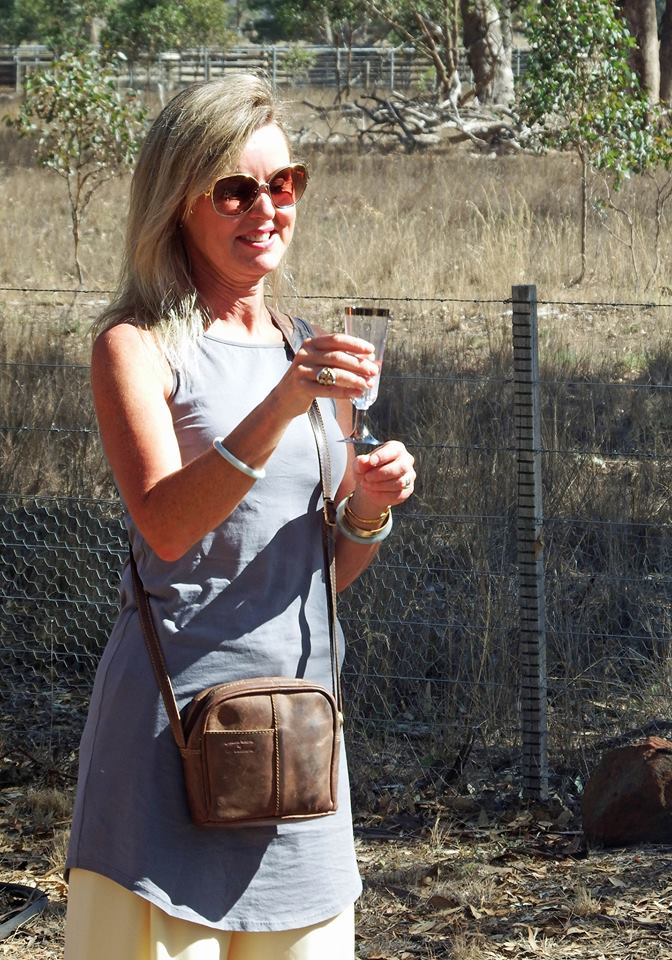 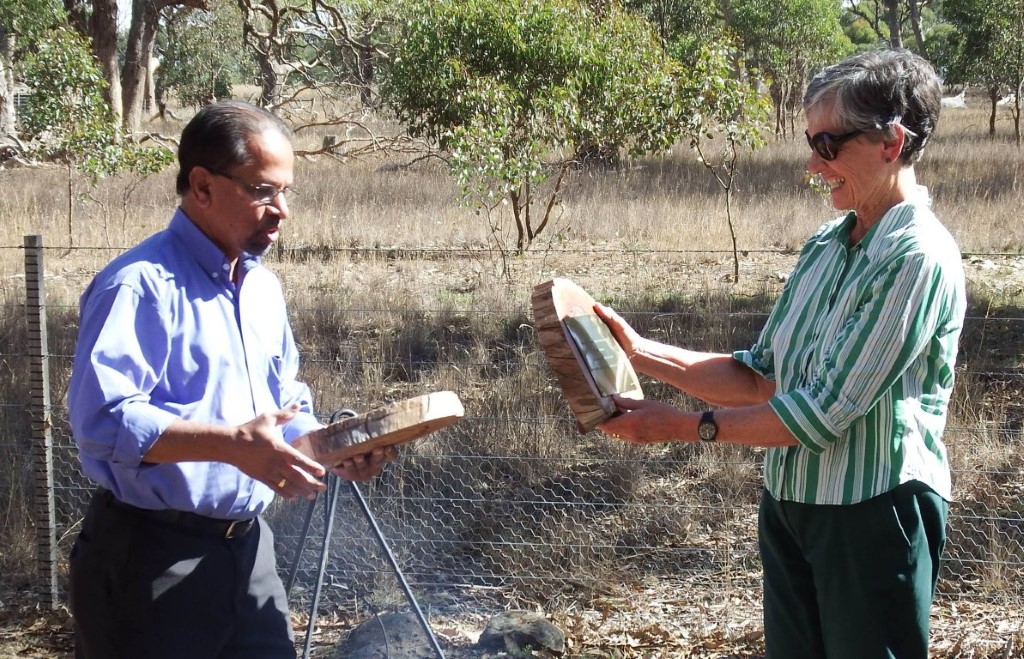 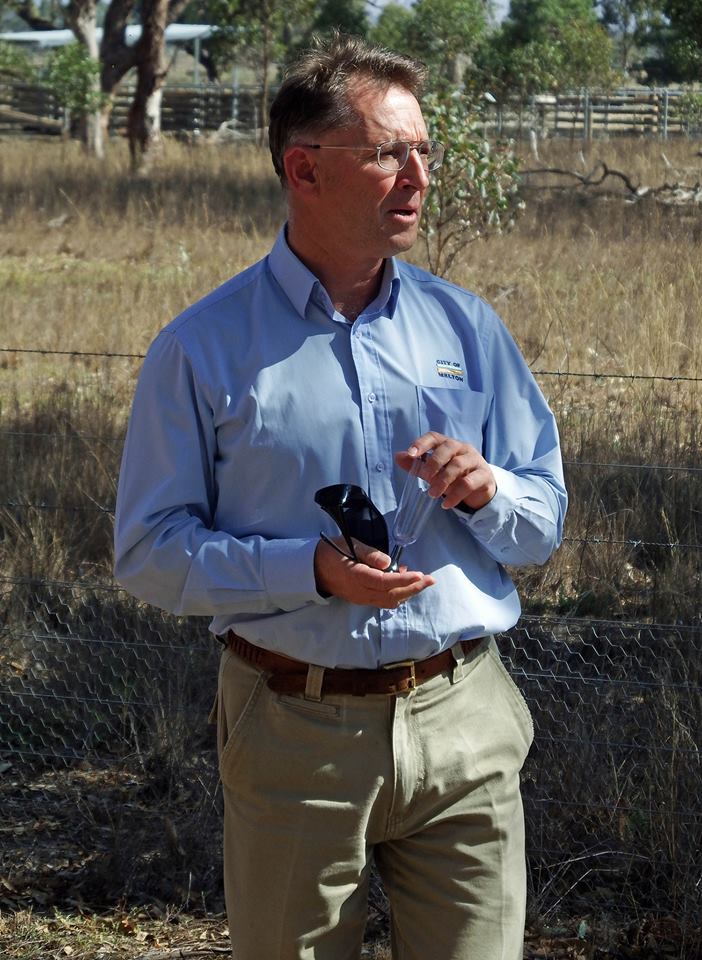 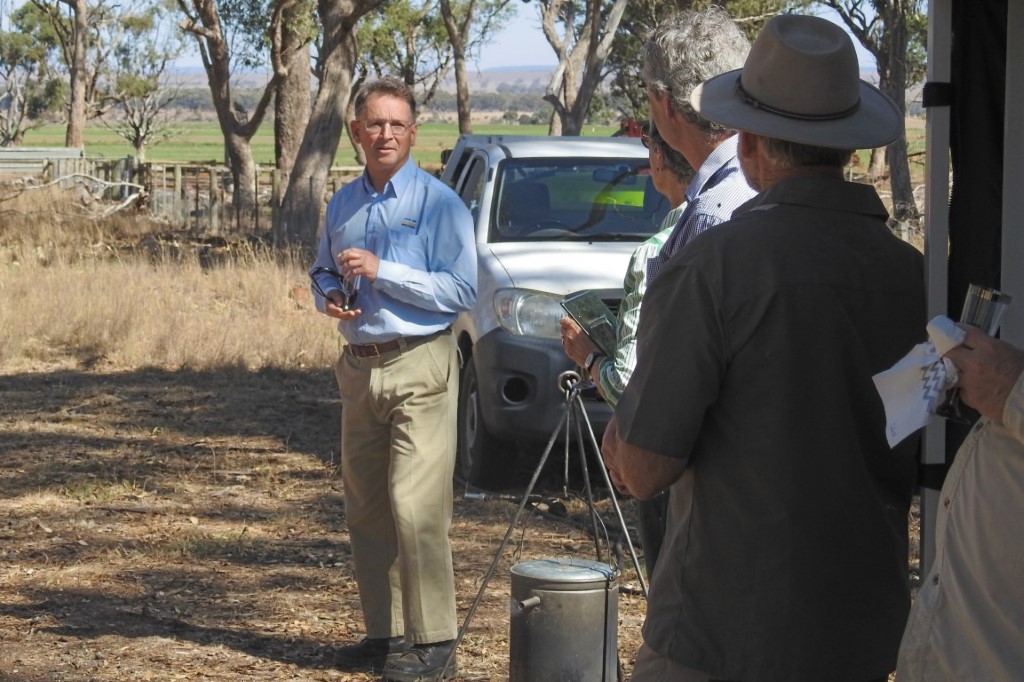