We planted 50 Grey Box trees and 100 mixed Austrostipa and Rutidosperma grasses in the central section. Melton Secondary College students have planted Grey Box trees here for the last two years so they could see the progress of the trees planted here. The ground that was so hard and dry a little over a month ago was now soft and muddy after 92mm rain since early May. Rain that fell the following night should help settle them in. 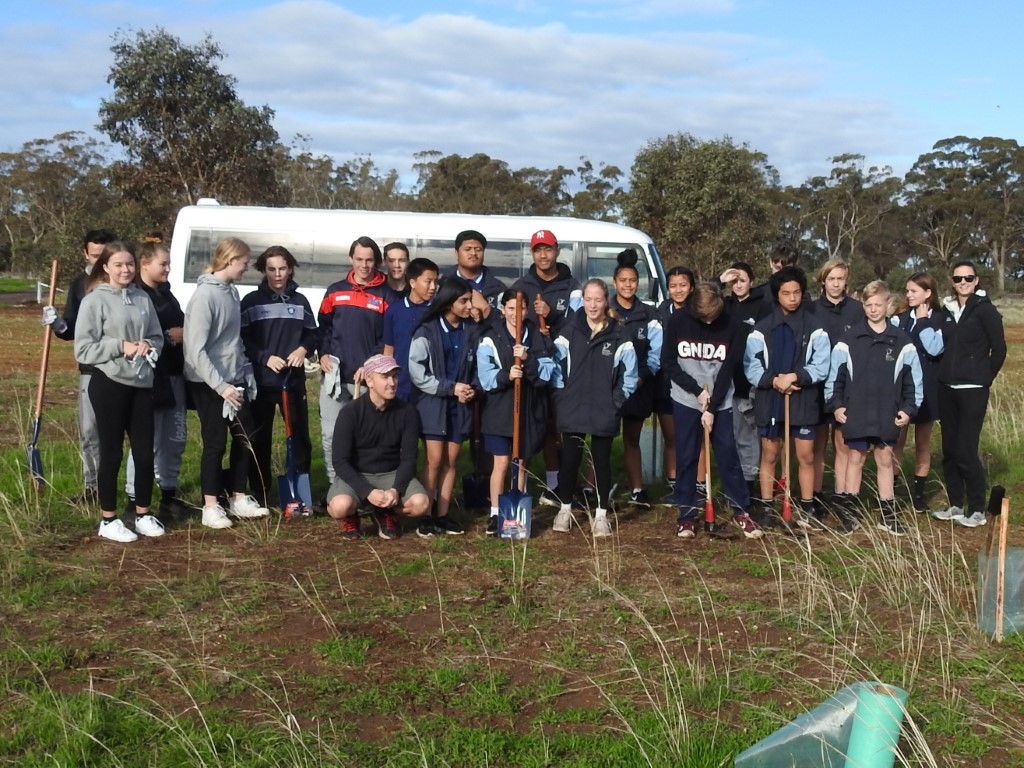 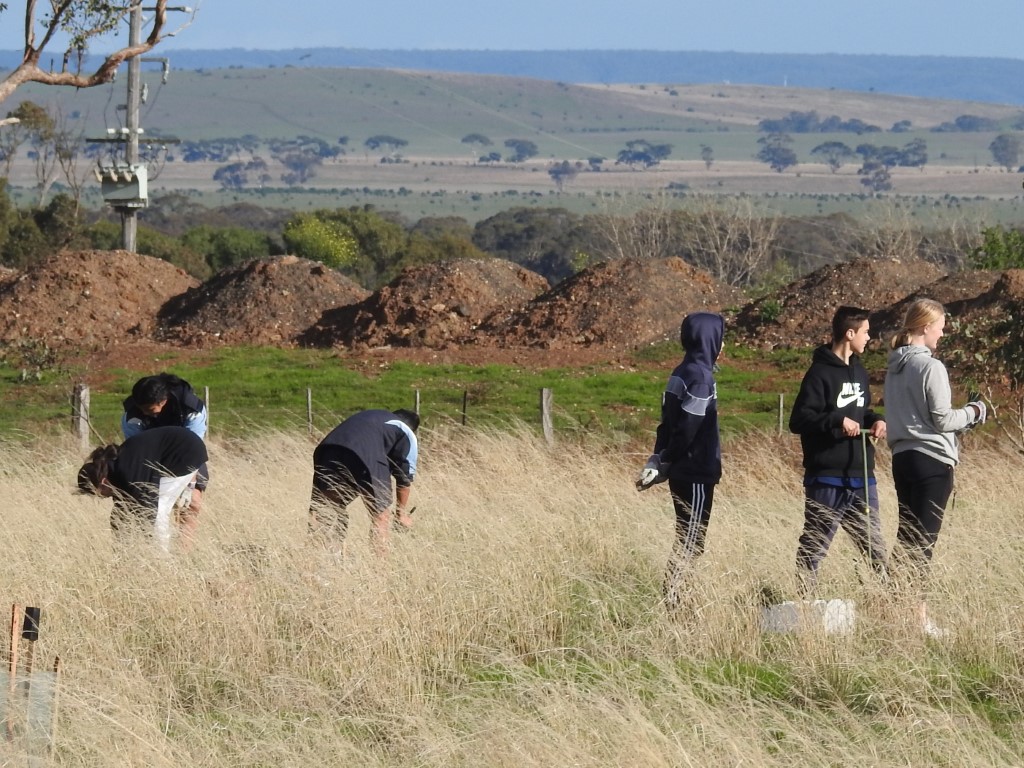 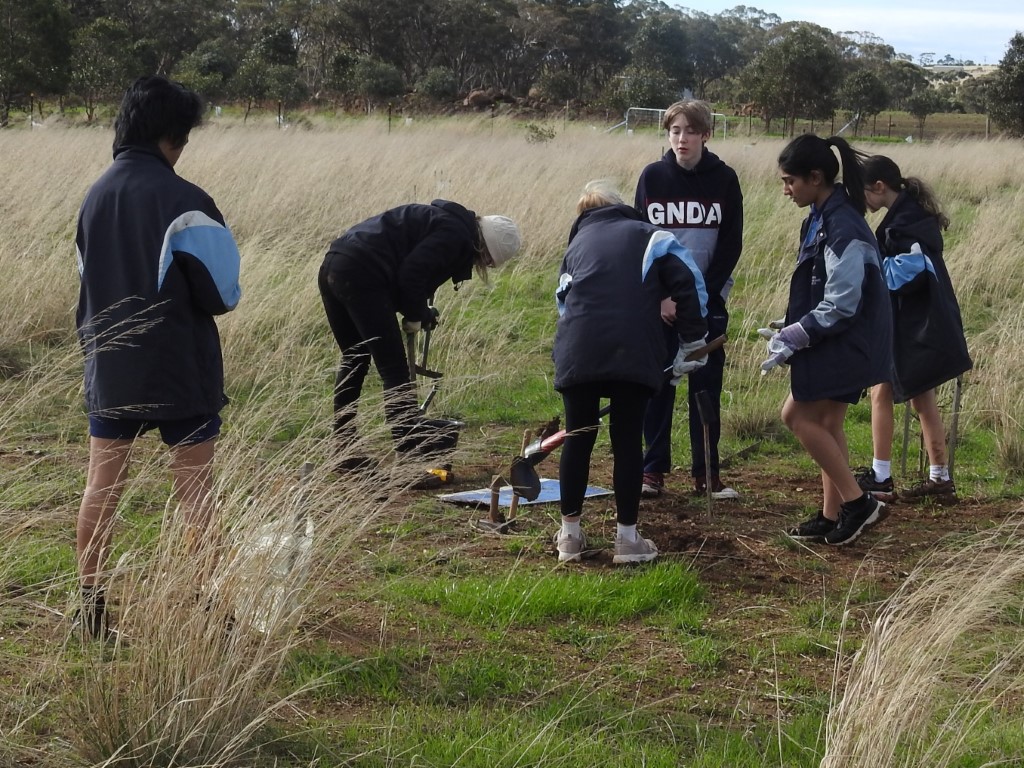 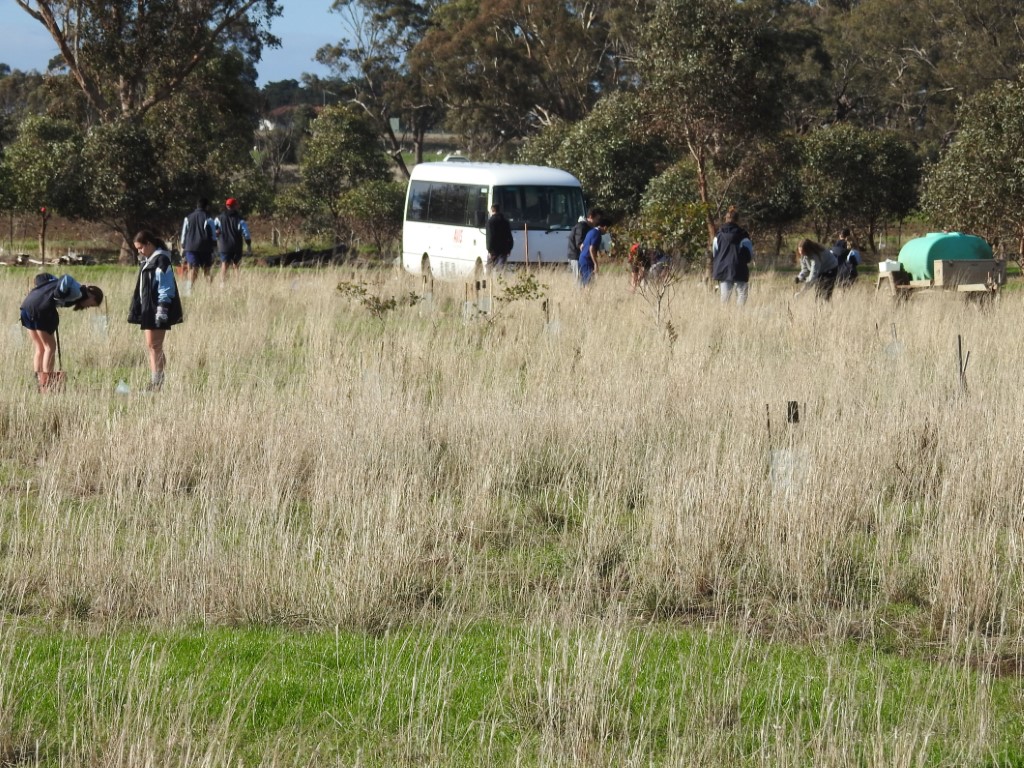 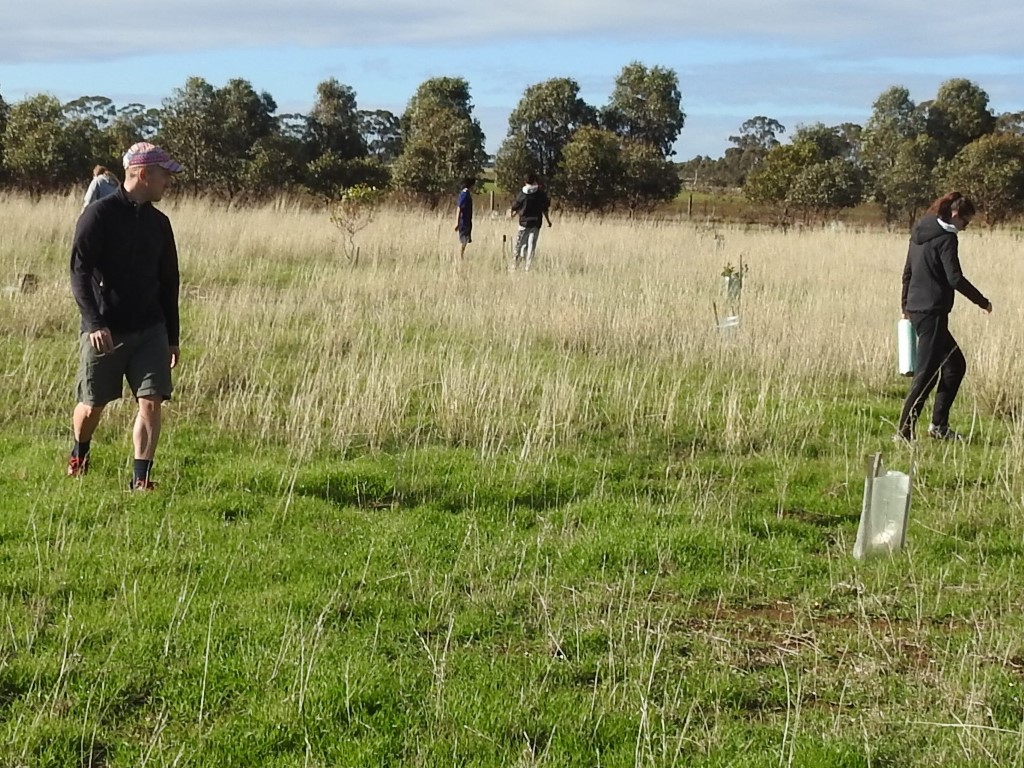 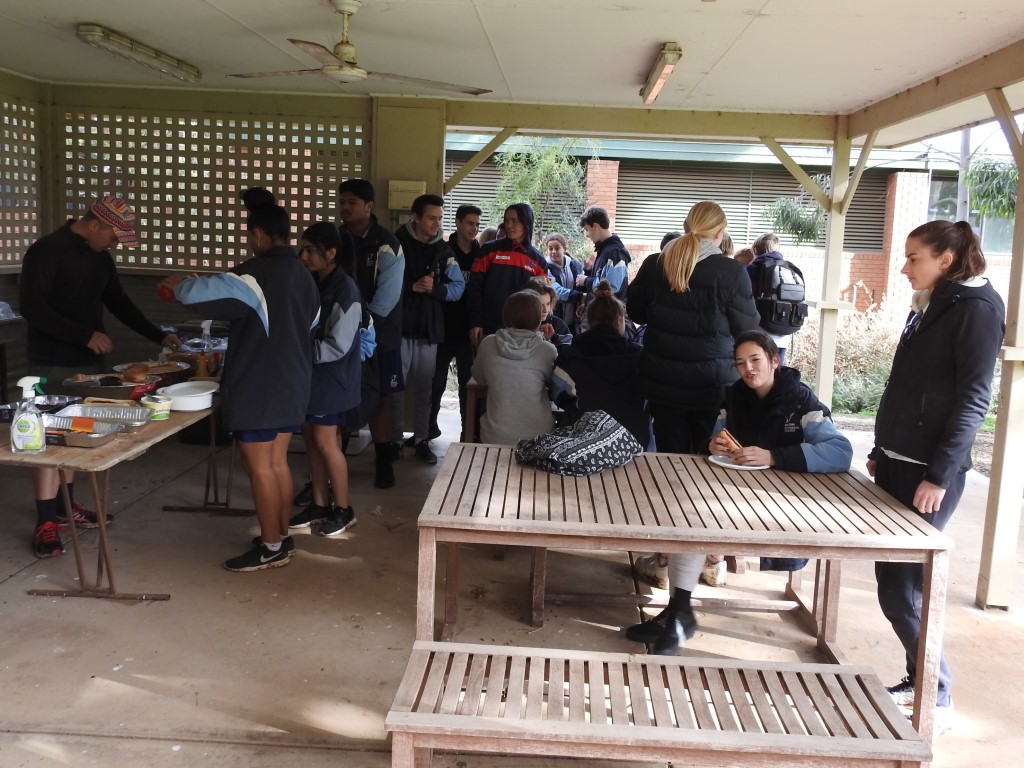 Pinkerton Link is an ambitious and innovative project by Western Water and Pinkerton Landcare and Environment Group, began in 2011. It aims to create a forest on a once bare twelve hectare paddock between Pinkerton Forest and Bush’s Paddock (now known as Mulla Mulla Woodland)

Pinkerton Forest is a remnant Plains Woodland approximately 35 hectares in size, owned by Western Water. Bush’s Paddock is a Melton Shire Council owned reserve located north of Pinkerton Forest. Grassy Eucalypt Woodlands of the Victorian Volcanic Plains have been listed as critically endangered. Significant fauna species have been recorded at both these sites.

Pinkerton Forest and Mulla Mulla Woodland are remnants of pre-European settlement and provide habitat for a host of indigenous fauna species. Within a five kilometre radius, a total of 380 hectares of grassy eucalypt woodlands exist in four fragmented patches creating a hotspot for this type of vegetation community. Pinkerton Forest and Bush’s Paddock are examples of fragmented vegetation or habitat islands. Animals in an 'island' situation are vulnerable to catastrophes such as disease, bushfire and gradual changes like inbreeding and variations in climate.

Western Water and Pinkerton Landcare and Environment Group are planting a Grassy Woodland, creating a wildlife habitat corridor between Pinkerton Forest and Mulla Mulla Woodland. The Pinkerton Link project will connect these two woodland remnants, creating a wildlife corridor. The habitat corridor will provide native wildlife with a larger habitat area, increased available food supply and promote healthier and larger populations. The link will also create a greater likelihood of sustaining populations which undergo any fluctuations or catastrophes. Many of the Grey Box trees planted in 2011 are already over four metres tall! Understory species such as native grasses will provide seed for the birds and shrubs will provide perfect places to build nests!

Western Water supplied a BBQ lunch for the students and volunteers, complemented with vegie burgers and spicy chicken drumsticks. Many thanks to with Environmental Engineer William Rajendram and Environmental Officer Nathan Gard for making the BBQ lunch happen!

After lunch we returned to Pinkerton Link where the students planted 50 Wahlenbergias (Native Bluebells).
Many thanks to teachers Michael Kilroy and Lexie Alfieri and the students of Melton Secondary College for helping to create a Grey Box Woodland in Pinkerton Link.