Together we planted 200 tussock grasses (Poa labillardiere) and thirty-eight Blackwood trees (Acacia melanoxylon). The grasses were supplied from Graybox & Grassland Indigenous Nursry at Newport Lakes while the Blackwoods were grown by PLEG member Irene from seeds collected from the site.

After the week or so of wild weather we were relieved that the morning was quite pleasant and the track leading down into the gorge had dried out thereby providing access to the school minibus. Each plant was marked by a single stake with the empty black tube placed on the stake to show that the plants here were freshly planted. Planting was easy as the soil was damp after recent rains. Hopefully we may see better rains throughout the rest of the year, (unlike the very dry 2018 with the accompanying scorching summer) thereby reducing the need for watering. We hope to see these plants thriving into 2020! 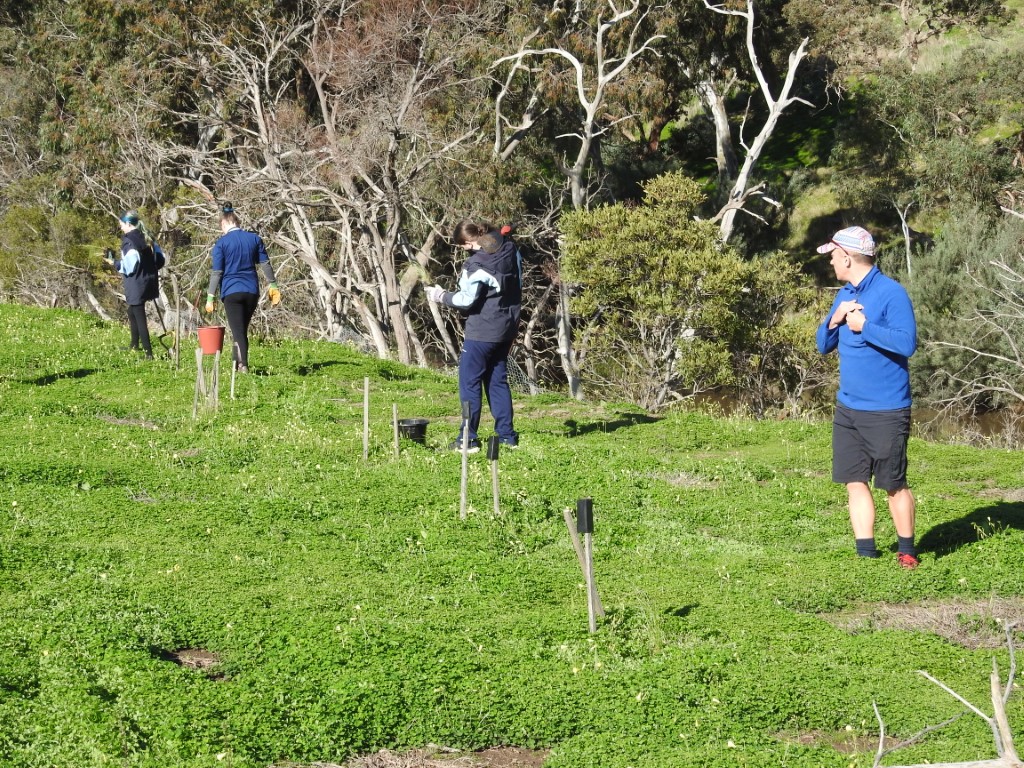 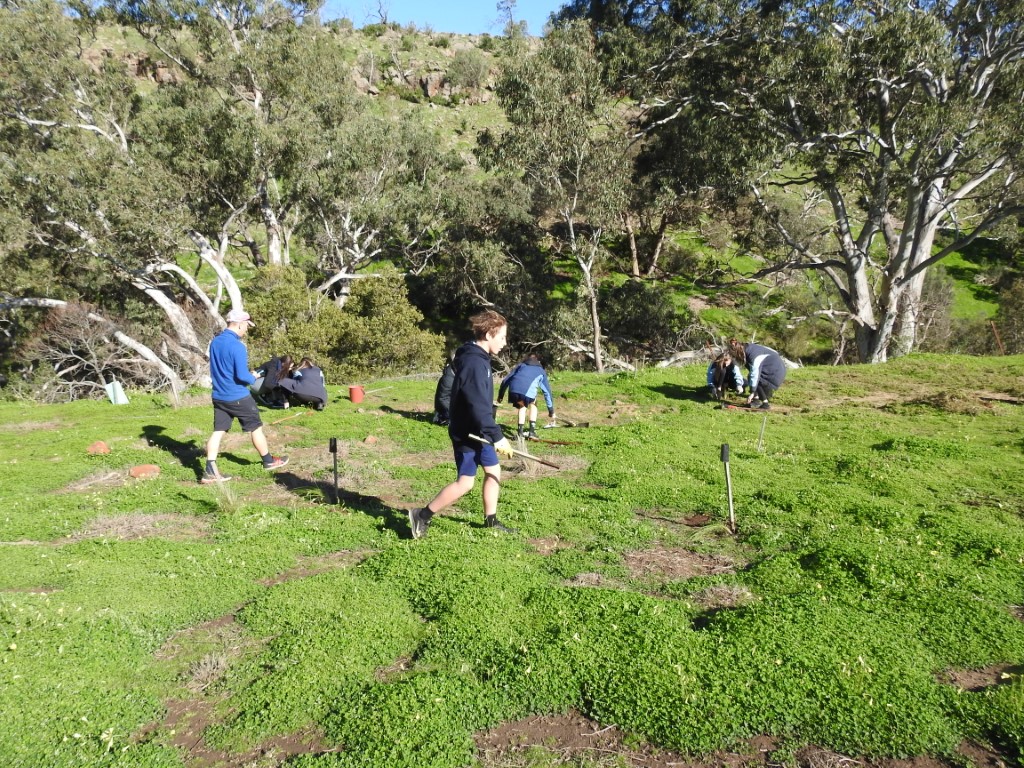 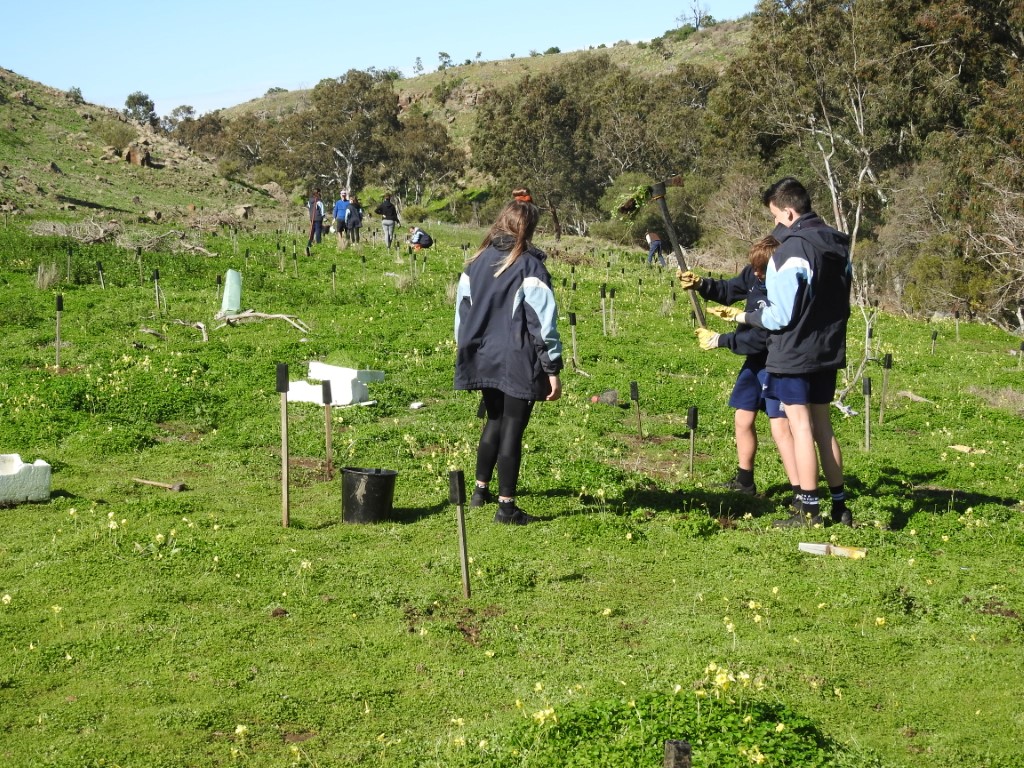 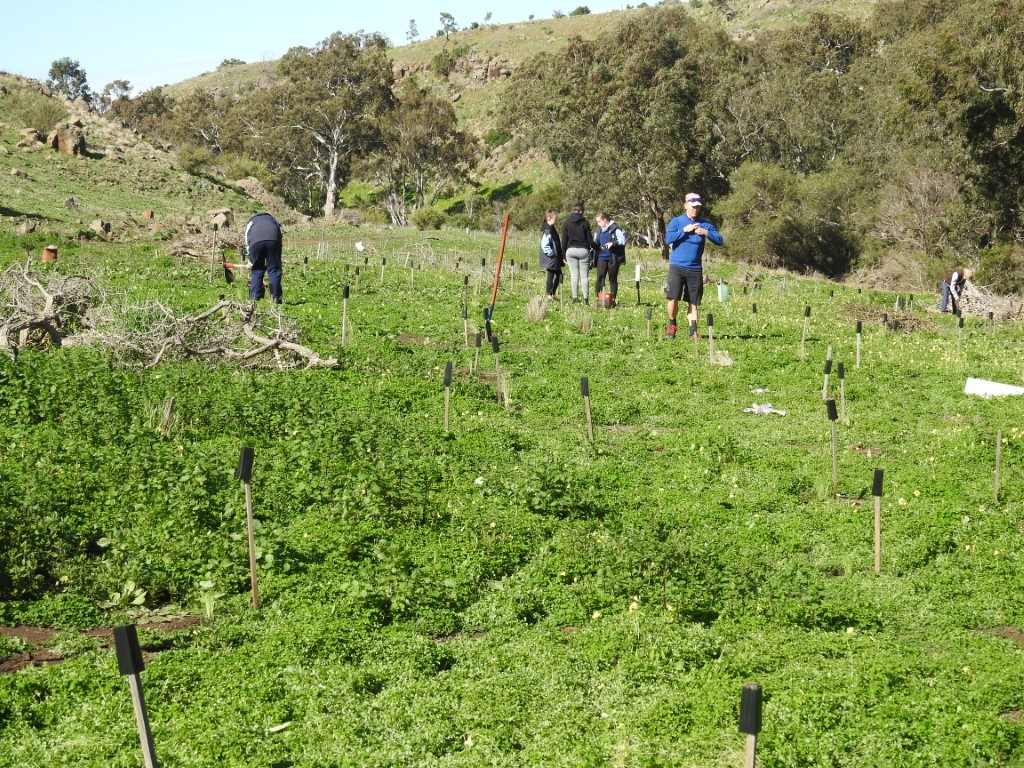 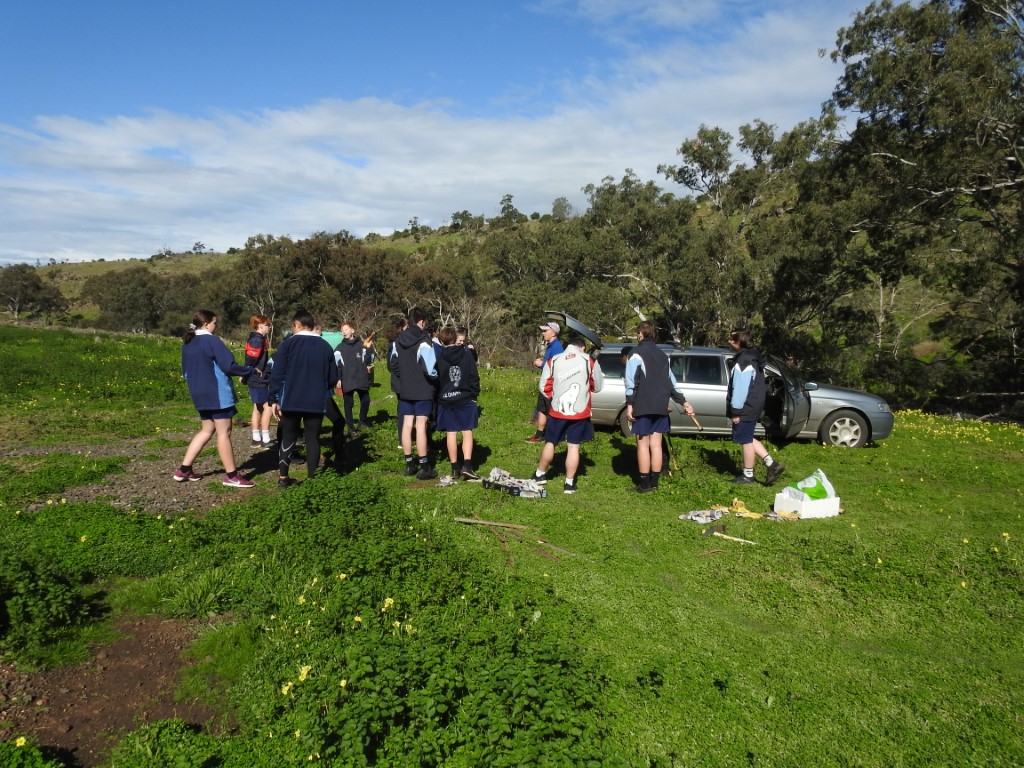 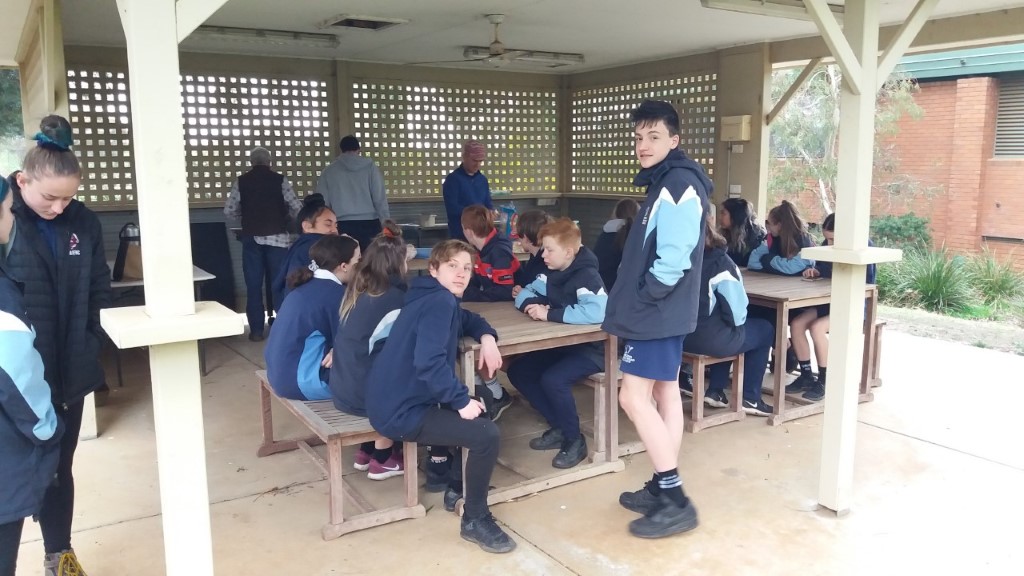 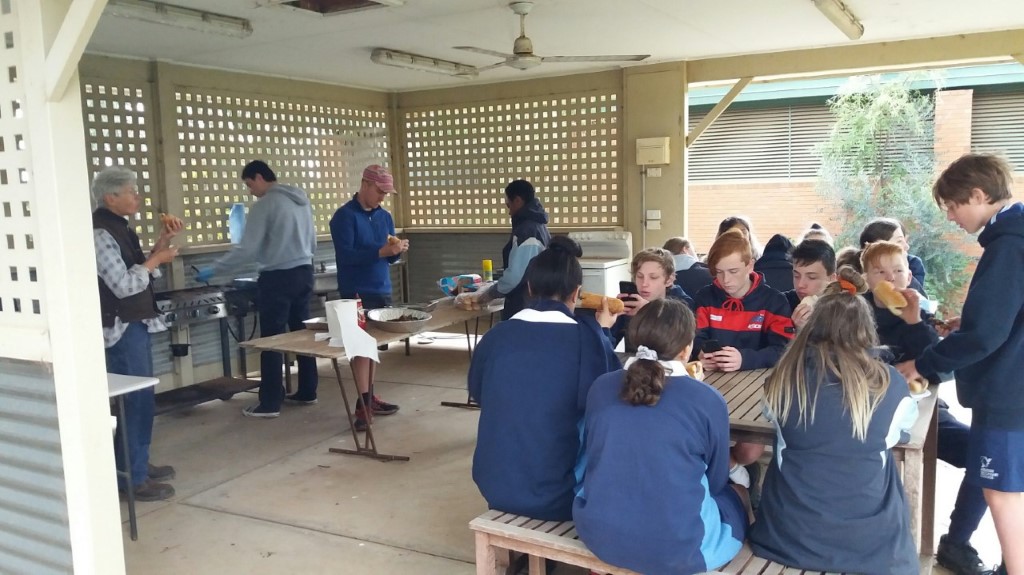 A large Platypus also appeared briefly before diving underwater. This was unusual as Platypus are usually quite shy and do not appear in the company of a large number of people. As the students returned to the bus the Platypus reappeared once more very briefly before quickly beneath the waters again with an audible splash.

Unfortunately by about twelve o’clock the wind was growing stronger and colder and the sky was darkening dramatically, threatening rain. During lunch the rain came leading to the decision not to return to the river after lunch as the track could be expected to become slippery after rain.